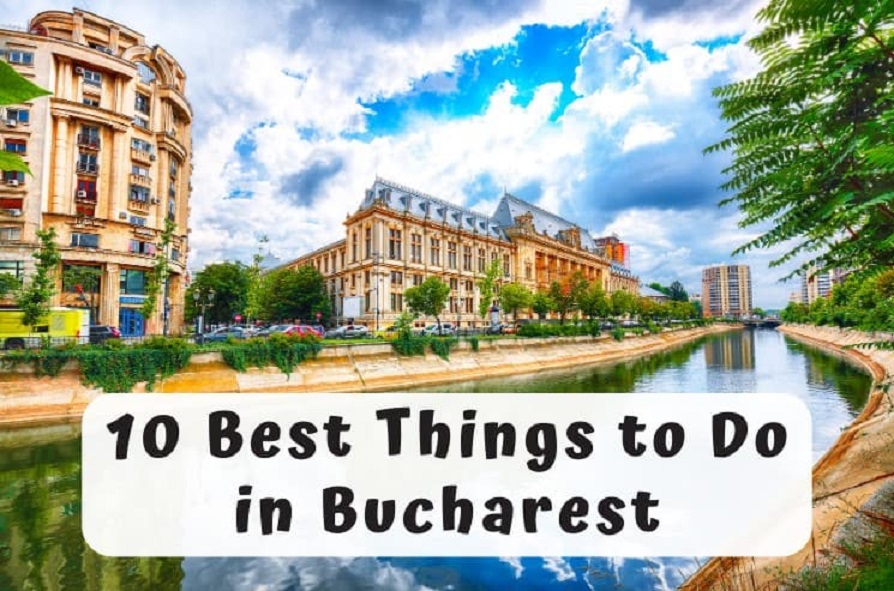 Bucharest, the capital of Romania, is often misunderstood and unfairly maligned, but the truth is that it is a dynamic, exciting, and fascinating metropolis. In Bucharest, an unrefined version of communism confronts unchecked capitalism.

known as the Little Paris of the East. Also, one of the most likable tourist destinations places in the world. Are you planning to spend your weekend in this Romanian capital anytime soon? Without thinking much, start planning, book delta airlines reservations in any class, and save up to 50% off on every flight till the last minute. To assist you, here is a list of some of the best things to do in Bucharest you should consider when visiting this city!

Here’s what you shouldn’t miss out on if you visit Bucharest, Romania’s capital.

These are the Parliament Buildings, also known as the Palace.

The fact that this massive palace is the world’s second-largest administrative building has made it controversial ever since it was built (the Pentagon in Washington, DC being the largest). Dictator from 1974 to 1989, Nicolae Ceausescu had this monument built and insisted that only materials made in Romania be used. The finished project boasts an ornate, neoclassical interior to match its outlandish outside.

Chill out in Cismigiu Park or Herăstrău Park.

The Herăstrău park stretches along the shore of the Herăstrău lake and covers a total area of 200 hectares, conveniently located near Place Charles de Gaulle and the Arcul de Triumf. It’s the prettiest park in Bucharest, with a lake and paths ideal for boat rides and a leisurely stroll.

Simply by taking a trip down the Calea Victoriei, you will be able to load your camera’s memory card with wonderful photographs. One of the chicest and historically significant streets in Bucharest. You’ll pass the National Museum of Art of Romania, where you can see a bust of Vlad Tepes, the Cantacuzino Palace, which was the lavish home of the wealthy former Prime Minister Grigore Cantacuzino, the Piața Revoluției, the epicenter of fighting during the Romanian Revolution of 1989 that led to the overthrow of the regime of Nicolae Ceaușescu, and the Museum of the Ancient Princely Court, which houses a bust of Vlad Tepes.

An Overview of Romania’s Preeminent Cultural Institution, the Athenaeum

The Romanian Athenaeum is an important cultural center because it was almost entirely built using public monies. They say it’s the best music hall in the country. Finished in 1888, the work of French architect Albert Galleron was an attempt to recreate an ancient temple in a contemporary metropolis. The end result is a stunning fusion of conventional architecture with the modern flair of a French torch.

Places in and around Lipscani Street

The original meaning of the word “lipscan” referred to a trader who transported goods from Western Europe to Eastern Europe. The recent renaissance in the area’s appeal can be attributed partly to the proliferation of eating and drinking establishments there. The area has recently become a shopping district, and it already features several hip stores and vintage markets. Small though they may be, the city center’s winding alleys have preserved their historical past and current popularity.

Grdina Verona is the place to go for a cup of coffee or a drink.

In a wonderful garden tucked away behind the Cărtureşti bookstore, serving everything you would desire, but most notably an exceptional espresso coffee and some of the most distinctive iced tea infusions Romania has to offer, such as peony flower, mango, and lemon green. Be aware that the service here is likely the slowest you will receive anywhere in Bucharest, but you will eventually grow used to it. You can also like https://viajalejos.net/2021/09/14/madrid-la-elegante-capital-de-espana/.

How can you go to Bucharest, Romania?

Bucharest is widely regarded as Europe’s (and the world’s) most affordable tourist destination. This means that you should have no trouble locating a hostel or hotel with a bit more upscale vibe that is still within your budget. It is still required to settle in a specific neighborhood inside Bucharest. If you’re looking for cheap hotel accommodation in Bucharest, you can use our hotel search tool to narrow down your options.

You should give some thought to remaining there for at least a few days in order to visit the interesting museums, take a stroll through the beautiful parks, and hang out at the hip cafes.