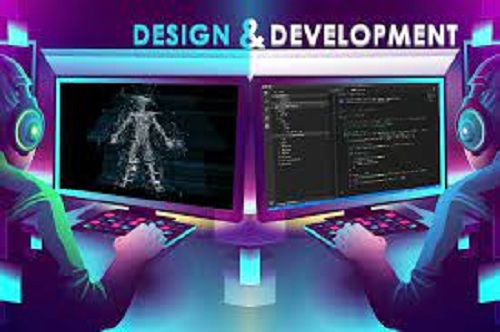 The games we know today have evolved over many years. With augmented reality (AR) and virtual reality (VR) in the mix, gaming has taken on a new look. Gaming technologies have also gifted us with some of the best online casino games.

Leading consoles like Playstation and Xbox have also morphed to satisfy the game-loving populace. Technology has positively influenced the video gaming industry, from big, noisy consoles to minor, quieter upgrades.

This piece will discuss some of the leading technologies in gaming history.

Though we can now find games in households worldwide, they weren’t always popular. Some games began in scientists’ research facilities.

The first ever video game is thought to be Bertie the Brain. Bertie was a large machine constructed by Josef Kates in 1950. It stood at a monstrous four meters and played the popular game, Tic-Tac-Toe.

Bertie the Brain doesn’t quite fit in with today’s video games. However, it displays technology’s long-standing involvement with video gaming history.

Ralph Baer invented the home game console in 1972, making its debut in North America in 1975.

The home game console is a video game console designed to be connected to a display device and an external power source. Home consoles generally aren’t as powerful as personal computers, as they have limited memory and storage space. Older consoles had a handful of games coupled into their electronic circuits, but most supported swappable game media such as optical discs and cartridges.

In 1977, Atari Inc. introduced the Atari 2600. It was a home entertainment system with consoles and controllers that offered various video games. The release ushered in a new generation of video game consoles.

In the late 20th century, the video game industry experienced several significant milestones. Unique technologies characterized these milestones. Here are some of them:

The Rise of 3D Gaming

In North America, in 1995, Sega released its Saturn system. It was the first 32-bit console that played games on CDs instead of standard cartridges. It’s important to note that Sega released the Saturn System five months ahead of schedule.

The move appeared to be a countermove to Sony’s Playstation. The PS would later sell for $100 less than the Saturn system after launching later that year. The following year, Nintendo dropped the Nintendo 64.

Despite Sega and Nintendo’s success in 3D gaming, Sony’s Playstation was judged to be unbeatable in market rivalry. As a result, Sony dominated the video game market, as seen by its Playstation 2 console in 2000. It was the top seller in 2000 due to its reliance on DVDs.

The Xbox 360, Playstation 3, and Nintendo’s Wii heralded a new era of high-definition gaming in 2005 and 2006. Although the Playstation 3 was the only system that played Blu-ray disks at the time, Sony’s rivals gave them a run for their money.

The eighth generation of video games began in 2012 with the release of Nintendo’s Wii U, followed in 2013 by the PS4 and Xbox One. The Nintendo Switch, the only device that allows both television-based and portable gaming, was introduced in early 2017.

No doubt, technology plays a massive role in the video gaming industry. As technology advances, gamers enjoy some of the best online casino games, FPS games, and more.

It allowed gaming industry leaders to morph their consoles to satisfy their customers. Gaming technologies have ushered in new eras and generations, and we’re here for it!